You must read the warning below carefully before purchasing the Gear VR to reduce the risk of personal injury, discomfort or property damage while using the device

1. We recommend consulting a physician before using the Gear VR if you are pregnant, elderly, have pre-existing binocular vision abnormalities or psychiatric disorders, or suffer from a heartcondition or other serious medical condition.

2. The Gear VR should not be used by children under the age of 13. Adults should monitor children(age 13 and older) who are using or have used the Gear VR for any of the symptoms described below, and should limit the time children spend using the Gear VR and ensure they take breaks during use.Prolonged use should be avoided, as this could negatively impact hand-eye coordination, balance,and multi-tasking ability. Adults should monitor children closely during and after use of the Gear VRfor any decrease in these abilities.

3. A comfortable virtual reality experience requires an unimpaired sense of motion and balance.Do not use the Gear VR when you are tired, need sleep, are under the influence of alcohol ordrugs, are hung-over, have digestive problems, are under emotional stress or anxiety, or whensuffering from cold, flu, headaches, migraines, or earaches, as this can increase your susceptibilityto adverse symptoms.

5. Anyone who has had a seizure, loss of awareness, or other symptoms linked to an epileptic condition should consult a physician before using the Gear VR.

6. Just as with the symptoms people can experience after they disembark a cruise ship, symptoms of virtual reality exposure can persist and become more apparent hours after use. These post-use symptoms can include the symptoms above, as well as excessive drowsiness and decrease dability to multi-task. These symptoms may put you at an increased risk of injury when engaging in normal activities in the real world.Do not drive, operate machinery, or engage in other visually or physically demanding activities that have potentially serious consequences (i.e., activities in which experiencing any symptoms could lead to death, personal injury, or damage to property), or other activities that require unimpaired balance and hand-eye coordination (such as playing sports or riding a bicycle, etc.)until you have fully recovered from any symptoms.

7. Do not use the Gear VR while in a moving vehicle such as a car, bus, or train, as this can increase your susceptibility to adverse symptoms.

8. For the safest experience always remain seated when using the Gear VR. Take special care to ensure that you are not near other people,objects, stairs, balconies, windows, furniture, or other items that you can bump into or knockdown when using or immediately after using the Gear VR. Do not handle sharp or otherwise dangerous objects while using the Gear VR. Never wear the Gear VR in situations that require attention, such as walking, bicycling, or driving.

9. The Gear VR may be equipped with a pass-through feature which permits you to temporarily seeyour surroundings for brief real world interaction. You should always remove the Gear VR for any situation that requires attention or coordination.

10. Take at least a 10 to 15 minute break every 30 minutes, even if you do not think you need it. Each person is different, so take more frequent and longer breaks if you feel discomfort. You should decide what works best.

11. Prolonged use of the Gear VR and input devices (e.g.controllers) can make your muscles, joints orskin hurt. If any part of your body becomes tired or sore while playing, or if you feel symptoms such as tingling, numbness, burning or stiffness, stop and rest for several hours before playing again. If you continue to have any of the above symptoms or other discomfort during or after play, stop using the Gear VR and consult a physician.

12. Be mindful of the type of content that you were using prior to the onset of any symptoms because you may be more prone to symptoms based upon the content being used.

13. The Gear VR can emit radio waves that can affect the operation of nearby electronics, including cardiac pacemakers. If you have a pacemaker or other implanted medical device, do not use the GearVR without first consulting your physician or the manufacturer of your medical device.

14. Do not look directly at bright light while you are wearing the device without the mobile deviceinserted. Doing so may damage your eyesight.

15. If you are allergic to the paint or metal parts on the device, you may experience itching,eczema, or swelling of the skin. If this happens, stop using the device and consult your physician.

16. Consult a physician if you have serious and/or persistent symptoms.

The Samsung GALAXY Note 4 may become hotter than normal when used with the Gear VR, especially if you use the devices to play games for an extended period. When the Gear VR detects a high temperature, the quality of the application may be degraded or VR applications may be terminated in order to prevent overheating. This is normal and does not affect the Samsung GALAXY Note 4's lifespan or performance.

Also, the Samsung GALAXY Note 4s battery runtime may become shorter than normal when it is used with the Gear VR since VR applications use more of the devices resources and may contribute to battery drain.

You may experience slow loading speed or diminished playback quality in some circumstances, such as after extended use (to prevent the device from overheating) or if your carrier or Wi-Fi network is slow or out of range.

Lastly, availability of VR-enabled content and applications and language support may vary by region. 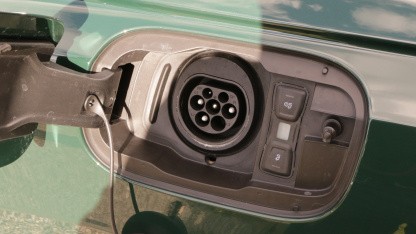 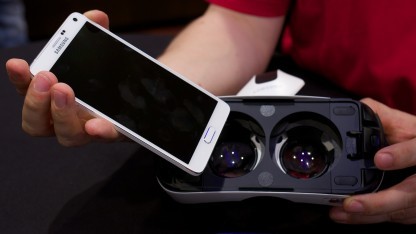